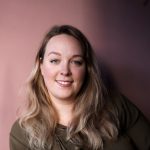 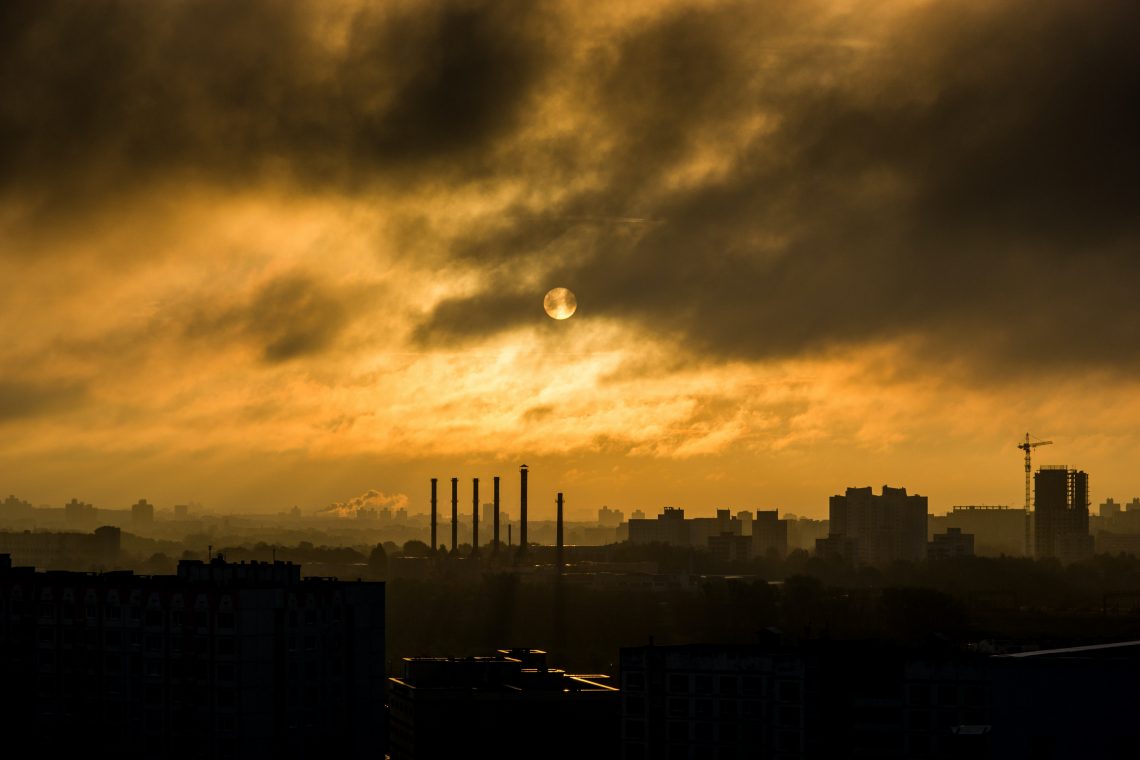 “I can’t sleep, something’s all over me,
Greasy, Insomnia, please release me,
And let me dream about making mad love on the heath,
Tearing off tights with my teeth.
But there’s no relief…”

I’m wide awake in my kitchen. It’s black and I’m lonely. The tip of my joint lights up when I take a long puff and dies out while I listen to the world asleep. The heat seeping in through the window lays its hands on my shoulders and pushes me deeper in my seat. My cat’s silhouette moves onto the windowpane and sits down with his back towards me, the tip of his tail softly swaying on inaudible music. I wonder what his cat eyes see, looking out over his concrete jungle. Probably trying to remember the feeling of green grass under the cushions of his paws and hunting a real prey, not a feather attached to a stick.

My arm makes a sticky sound when I lift it up from the table and bring the joint back to my mouth. Somewhere above my head feet are trying to break through the ceiling. My building is weighed down under the number of refugees, heaving heavy with the so-called Survivors: people who recovered but still prone to the recurring waves. My neighbour had not been sick for two years before he caught the second wave virus. I found him dead in his apartment today.

The seconds on the clock tick hard against my temples. Tick. Tock. Tick. Tock. It had been four months since I last touched another person, felt skin under my fingertips, enjoyed the warmth. This time it was different. My neighbours’ skin was cold and stiff, but it was still skin, it belonged to another human being. It felt so different from everything else I touch on a daily basis; cold and lifeless metals and fabrics. My cat sighs and I am a little bit less lonely, even though I miss him every second of the day.

They took him when they found out some people were immune to the virus; it has been seven years since. It is hard to pinpoint what set everything off, but for me, it was when the lights went out. The world fell into a silent darkness it had not felt in a long time. We had grown so accustomed to the humming of all the machines and ticking of electricity sockets we became anxious when all we could hear was our own heartbeat. We became… disorientated. After a few days in darkness people started to wander out into the streets at night, yelling apocalypse. Wishing – praying for someone to turn on the lights. I looked at them and saw the last convulsions of a dying body after a car crash. The night sky had never been brighter.

I finish my joint and at the count of three I pull myself up and walk up to my cat to pet his head. The heat clings to me like the table to my arm. The concrete roadblocks seem to quiver through my eyelashes in the orange streetlights, the improvised solar panel fields barely visible behind the fences. I remember my walks into the city and almost miss the time where all we had to worry about was keeping a safe distance. With the arrival, or actually: the rise of the Immunes everything changed; the cities drained, the countryside flooded. Cities became undesirable, like retirement homes. We were packed and ready to leave when they took him.

My neighbours name was Matt. I say his name out loud and my cat looks up at me as if it were his. It is not. His name is Cat. Matt was my friend; we stood in line together and the three of us started talking, we took the test together. Matt knows my pain; he saw them taking him away from me, how I yelled and ugly cried as they separated us and put him into the white van, and we were pushed back through the gate. No one knew what was going on, it was the early days and we had been optimistic and naïve. It was just a phase we had to go through; the world would soon go back to normal, we had each other and nothing else mattered. Never did I imagine I had to face this without him, I did not even know how to. I still don’t.

Matt was not the caring kind, but he admitted the smell was keeping him up at night when he first banged on my wall and yelled at me to stick my head out of the window.

‘Please do me a favour and clean up and shower.’ He told me when his unwieldy body leaned around the corner of his window. His face made me think of a tall glass of Coca Cola. ‘Your house smells like something died.’

And that was that. He broke my lock, promised to fix it – he did – and forced me to take a shower. We have – had been friendly ever since.

I cough and scare Cat, myself and probably the whole building. I feel the weight of my lungs in my chest and start to take deep breaths but end up nearly having a panic attack. I have been ill three times in the past seven years, so I should know what it feels like and I do; like running on a beach for too long on a hot day and breathing through a straw. The last time was about two years ago too. I touch my greasy forehead but there is no way of telling if its hotter than usual. My annoyed cat leaves me at the window, and I wonder if I am tired yet. I make my way to the refrigerator; one dry potato inside, not even bread or jam, when the light above my head goes bam. Matt was the one who changed it the last time.

We heard stories about new cities being built for Immunes only. It seemed the rest of the world gave up on us.

‘They left us here to die you know.’ I told Matt one night in bed, when I leaned over him to tap the ash of the joint we were sharing. I missed and some of it fell and burned a hole in the mattress.

‘We all have to die sometime.’ He got up and dressed. ‘It doesn’t matter.’

He shrugged and buttoned his pants. ‘Because it’s true. None of this matters, we’re all just passing time between being born and dying. Some go quick and peacefully; some get to live and die horribly.’

‘Aren’t you a ray of sunshine.’

He leaned over to kiss me on the lips, and I watched him walk out of my bedroom. I panicked and ran after him; he was halfway through the door.

He looked at me in the same way he had looked at me when I ugly cried: with pity. He left and we went back to being just neighbours who every now and again smoked a joint together, leaning out of our windows.

We were supposed to smoke one tonight. He had been coughing for three weeks but insisted he was fine; that it was just from all the smoking. His front door was not even locked, and I found him shirtless in the kitchen with the buttered knife next to him on the floor. I knew already but kneeled and placed two fingers in his neck anyway. People lie when they say the dead look like they are sleeping. I ran my thumb over the lips that used to kiss me and wondered what they would taste like now. Outside a flock of birds rose from a tree and passed the open window; he had rolled his own joint already, it was laying neatly on the windowpane.

I see the wind rustling through the tree and lean out of my window to feel the softest breeze in my face. And here we are, half past three in the morning and I can’t get no sleep. I close my eyes and lick my lips; he still tasted the same. 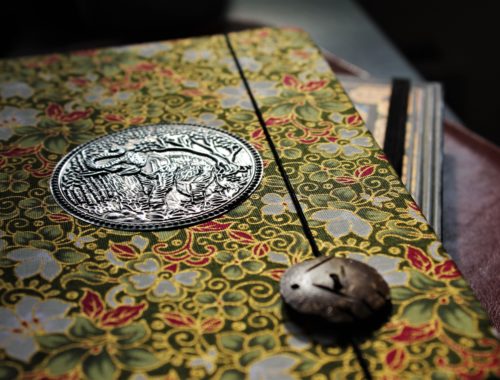 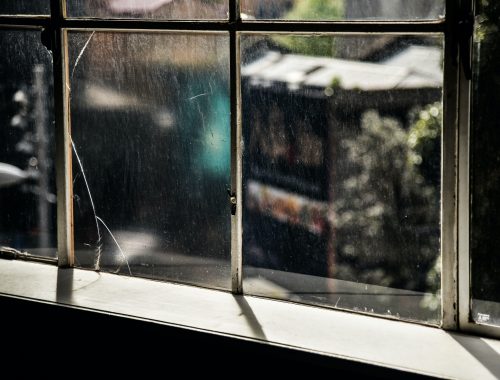 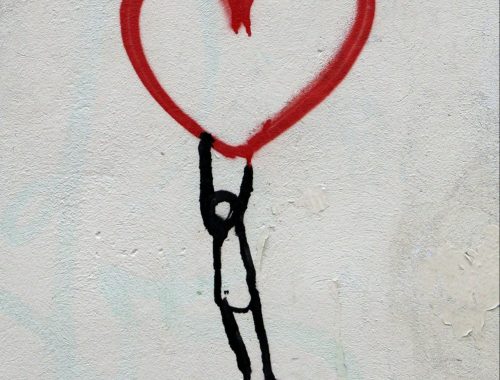